I have a bunch of songs that I started over the years and just never finished. Last night I was thinking how lame it is that these songs are just sitting on a fucking hard drive doing nothing. So I am going to put them up on bandcamp for whoever wants them. My hope is to upload 2 songs a week. Here is song #1 Cure Me - A song about my love of pop, The Cure, and a time machine.
Bye 4 Now,
K 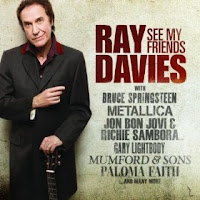 Here is a clip of "All Day And All Of The Night/Destroyer" The recording we did with Billy Corgan last month at Coldwater Studio: It sounds super rad if I do say so myself.
http://www.amazon.co.uk/gp/product/B0046PUE4W/ref=dm_dp_trk14
Posted by studiodog at 2:45 PM 1 comment: 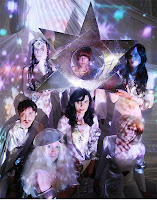 The Fancy Space People began when the unlikely duo of Germs drummer DON BOLLES and quirky solo chanteuse NO-RA KEYES, started receiving communications from invisible entities claiming to be from Fancy Space , asking them to present their presumably benevolent messages to the people of Earth, secreted within neo-classic rock tunes. Told that they were chosen not so much for any musical talent they might possess, but more because they would fit into the elaborate space outfits, Don and Nora, neither of whom had much going on at the time, anyway, readily agreed.

The aliens assured them that their proposed role didn't involve any such unsavory or strenuous activities as cattle mutilation or crop circle construction. All they had to do was play the songs and wear the outfits. The outfits ended up looking positively stellar, indeed, and the audio hieroglyphs - montages of familiar rock cliches from the 60s, 70s, and 90s, what we on Earth might call songs - turned out to be surprisingly fresh and new sounding; fun, even! Soon, 5 other musical miscreants were recruited into the cult to play the other instruments and wear the remaining space suits, and Fancy Space People was born.

That was 4 years ago - nowadays their often sold-out shows, the so-called Fancy Space Rituals, incorporate film, video, smoke, lights, crazy costumes and their uniquely derivative Pleiadian Power Pop to great effect, putting hundreds of bedazzled fans into ecstatic, dervish like states, complete with lots of spontaneous dancing and people singing along with their lighters in the air at venues all over California, where the band live and record in a top-secret compound in an industrial area just south of Los Angeles. Their songs range from moody Mellotron hymns to Glitter Rock stompers, Snow Pop to Psychedelic Space Epics, 60s Girl Group to 70s Krautrock, and remind one of the best of T Rex, Bowie, Abba, Sparks, and even Amon Duul II.

Can a ridiculously attired Los Angeles Glitter rock space cult, channeling cryptic messages from Fancy Space, really save the Earth and usher in a new Golden Age? Maybe yes; maybe no. But whatever the case, if you think you might enjoy a bunch of heroic bubble-glam pop anthems, delivered with an ass-kicking punk rock authority and an almost Crass-like dedication to an alien agenda, then a close encounter with Fancy Space People will at very least help to make the remainder of our planets juggernaut into the abyss a whole lot more fun and entertaining for you than it otherwise might have been.

We just finished the artwork for the 12 inch vinyl and it is going to press early next week!!!
Pre-orders will start soon via Starry Records Inc.
DON and NO-RA are available for interviews. Please email Kerry Brown at
kerry@starryrecords.net
Posted by studiodog at 9:52 AM 4 comments: