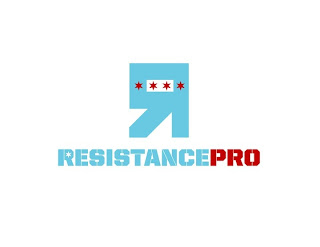 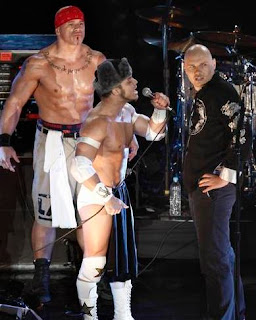 Why do you want to be involved with resistance pro?
I grew up a fan of professional wrestling during the glory years of the AWA, and I really enjoyed watching many of the men who are now legends display the incredible talent and ability that made them household names. So in that way I am old school; in that if a wrestler has the almost undefinable 'it' factor that makes them a star, fans will follow them forever, because they invest emotionally in the person behind the gimmick. When I got fully into being a professional musician in my late teens, I stopped watching wrestling until I was drawn back by the Attitude Era, and my personal connection to ECW. I've gotten to know and befriend some of the greatest minds in the wrestling business, and I've learned a lot about the incredible sacrifices that everyone makes to entertain the fans. The opportunity to be a part of a different kind of independent company in Resistance Pro was just too good for me to pass up.
What will your role be as creative director?
My job in Resistance Pro, if you can call it that, is to write the angles and set the tone for the future vision of the company. I believe I bring to the table a unique set of experiences from the music business that translate to how to engage a fan's deeper interest, whether it be in the ring or hopefully one day on television. I want Resistance Pro to embrace what's great about the traditional values in the wrestling business, that can at the end of the day provide everyone involved with the a great opportunity for success, while not being shy about being at the forefront of where professional wrestling is headed into the 21st century. Whether it be in-ring style, new ways to run shows, or using technology and social media to create a fresh dynamic with fans, we will chase down what works best long term.
How will this promotion be different then the others?
We have two clearly stated goals: one is the we want our young talent to get hired and to succeed at the highest levels in the business. We want to see young stars dreams come true. There will be no holding anyone back. Secondly, we want to encourage a safer in-ring product that balances incredible athleticism with storytelling. That doesn't mean that there won't be appropriate times for a drag down and out dirty brawl. But in my opinion it is time that the long term health of the wrestlers themselves is placed as a stated top priority, and it will be in our company. Our company will be a strong mix of veterans and young talent, because we want to make sure that the best traditions of the business are passed on. It should also be noted that we want a top-notch women's division, because there are some incredibly talented women out there who can, and will draw.
What should the fans expect from you?
Hopefully for fans, I won't go into business for myself! My plan is to stay out of the ring and spend my energy working behind the scenes to make us a company to watch in the coming years. I'm excited to invest in a business I have passion for, because I understand as well as anyone what it takes to succeed. My real desire is to help other's succeed like I was given the opportunity to in music. I'm more than happy to talk about the company, and draw attention to it if it helps everyone else get over.
Posted by studiodog at 2:47 PM 4 comments:

Smashing Pumpkins - The Other Side of the Kaleidyscope 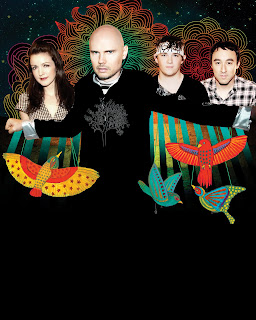 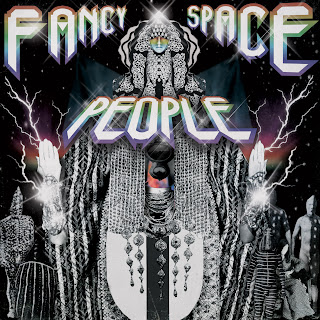 Fancy Space People began with the unlikely partnering of quirky solo chanteuse No-Ra Keyes, formerly of the Centimeters, and Don Bolles, drummer of legendary punk icons the Germs. Fancy Space People's songs range from moody Mellotron space hymns to glitter rock stompers, featuring elements of psychedelic prog, 60’s girl group, and 70’s Krautrock, together reminding one of T. Rex, Bowie, Abba, Sparks, and even Amon Duul II. The group has already shared the stage with a variety of acts, ranging from 70's glam rockers The Sweet to eccentric indie singer/song-writer Ariel Pink. Already they have attracted such enthusiastic collaborators as Billy Corgan of the Smashing Pumpkins, Mars Williams from the Psychedelic Furs, and Belgian Synth Witch Shazzula Nebula. Their eponymous debut vinyl EP was mixed and recorded by Kerry Brown (Smashing Pumpkins, Kelley Deal, The Frogs) & Kevin Dippold (Smashing Pumpkins.) Their eponymous debut 12" EP is available now through Starry Records. Order the new 12" EP from Starry Records. "Fancy Space People is the musical version of unprotected sex while on ecstasy--a little bit scary but it just feels so POSITIVE,” wrote  Drew Denny in the LA Weekly, 6/27/11.
About LIGHT FM:
Los Angeles-based newgaze band Light FM is singer/guitarist Josiah Mazzaschi, drummer Jimmy Lucido, bassist Nicki Nevlin, and keyboardist/singer Savannah Wheeler. The band has built a strong reputation in the LA area through their live performances, which featured residencies at hot spots Silverlake Lounge and Spaceland, and they are gearing up for a highly anticipated tour this fall with the Smashing Pumpkins. The tour will also coincide with the release of their new album, Buzz Kill City, which they will be self-releasing through their own Moonboot Records. The band gained attention via their critically acclaimed album Let There Be Light FM. Their music has been featured in TV programs such as the MTV Movie and Music Awards, Jersey Shore, and they will be featured in the upcoming movie soundtrack The Vow, featuring Rachel McAdams and Channing Tatum.
###
Posted by studiodog at 7:29 AM 3 comments: