COME PARTY WITH US! 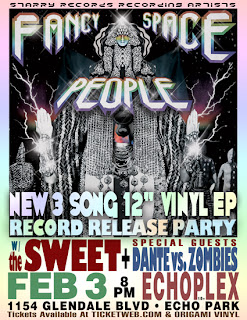 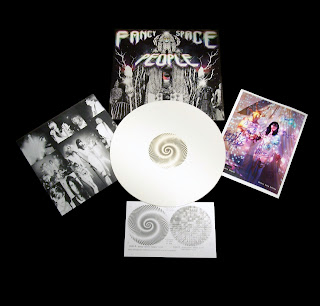 THE SWEET || Watch
Legendary rock band Sweet (aka The Sweet) shot to the top of the charts in the 1970s with such hits as Ballroom Blitz, Fox on the Run,Love is Like Oxygen, Little Willy, Hellraiser, Teenage Rampage, Blockbuster and Action.
In January 2008, Steve Priest assembled his own version of The Sweet in Los Angeles, California. He enlisted fellow Brit Stuart Smith, an old friend and a classically-trained former axeman for the bands Sidewinder and Heaven & Earth, on guitar. L.A. native Richie Onori, Smith’s bandmate in Heaven & Earth, was brought in on drums. The keyboard spot was manned by ex-Crow and World Classic Rockers alumni Stevie Stewart. Frontman and vocalist Joe Retta rounded out the lineup.
After an initia l appearance on L.A. rock station 95.5 KLOS’s popular Mark & Brian radio program, the “Are You Ready Steve?” tour kicked off at the Whisky a Go Go in Hollywood in June, 2008. The band spent the summer playing festivals and gigs throughout the U.S. and Canada, including, among others: Moondance Jam in Walker, MN; headlining at the Rock ‘n’ Resort Festival in N. Lawrence, OH; London, Ontario’s Rock The Park; another headlining gig at Peterborough’s Festival of Lights; the Common Ground Festival in Lansing, MI; and a benefit concert for victims of California’s wildfires at Qualcomm Stadium in San Diego, CA.

Fancy Space People || Watch
The Fancy Space People began when the unlikely duo of Germs drummer DON BOLLES and quirky solo chanteuse NO-RA KEYES started receiving communications from invisible entities claiming to be from “Fancy Space,” asking them to present their leaders’ (presumably) benevolent messages to the people of Earth, secreted within neo-classic rock tunes. Told that they were chosen not so much for any musical talent they might possess, but more because they would fit into the elaborate space outfits, Don and Nora, neither of whom had much going on at the time, readily agreed.
The aliens assured them that their proposed role didn’t involve any such unsavory or strenuous activities as cattle mutilation or crop circle construction. All they had to do, they said, was play the music and wear the outfits. Said outfits ended up looking positively stellar, indeed, and the rock songs – or “audio hieroglyphs,” as the  entities called them – turned out to be classically astute, yet surprisingly fresh and new sounding; fun, even! Soon, 6 other musical miscreants – X-Orb-X, Danny, Bri-On, Shonn, Saratonin and Paul Roessler (Screamers, Nina Hagen Band) – were recruited into the cult / band to play the other instruments and wear the remaining space suits; et voila: Fancy Space People was born.
That was 4 years ago – nowadays their often sold-out shows – the so-called Fancy Space Rituals – incorporate film, video, smoke, lights, crazy costumes and their uniquely derivative Pleiadian Power Pop to great effect, putting hundreds of bedazzled fans into ecstatic, dervish like states, complete with lots of spontaneous dancing and people singing along with their lighters in the air, at venues all over California, where the band live and record in a top-secret compound in an industrial area just south of Los Angeles. Their songs range from moody Mellotron space hymns to Glitter Rock stompers, Snow Pop to Psychedelic Prog Epics, 60s Girl Group to 70s Krautrock, and remind one of T Rex, Bowie, Abba, Sparks, and even Amon Duul II.
Already they have attracted such enthusiastic collaborators as BILLY CORGAN of the Smashing Pumpkins, MARS WILLIAMS from the Psychedelic Furs, and Belgian Synth Witch SHAZZULA NEBULA. Their eponymous debut vinyl EP was mixed and recorded by KERRY “STUDIO DOG” BROWN (Smashing Pumpkins, Kelley Deal, The Frogs) & KEVIN DIPPOLD (Smashing Pumpkins) and produced by DON BOLLES. It features the group’s theme song, “Fancy Space People,” which seems to advocate saving the Earth by eliminating the humans, “Pleiadian Youth,” a song celebrating – and also warning against – the new exoteric invisible nation, and the hauntingly ethereal “Pyramids (Shoot Golden Rays),” a song that accompanies a popular Youtube video by No-Ra that looks a bit like a new-age sci-fi Kenneth Anger film.
Can a ridiculously attired Los Angeles Glitter rock space cult, channeling cryptic messages from Fancy Space really save the Earth and usher in a new Golden Age? Maybe yes; maybe no. But whatever the case, if you think you might enjoy a bunch of heroic bubble-glam pop anthems, delivered with an ass-kicking punk rock authority and an almost Crass-like dedication to an alien agenda, then a close encounter with Fancy Space People will, at very least, help to make the remainder of our planet’s juggernaut into the abyss a whole lot more fun and entertaining for you than it otherwise might have been.

VIDEO ARTISTS PLEASE CHECK THIS OUT!

The Smashing Pumpkins are looking for a video artist to collaborate with. The band would like to make a conceptual video for the next Teargarden By Kaleidyscope release. The band is not looking for treatments as much as they are looking for examples of previous work. If you think that you are the person for this job please send your info and a link to your work to sptbkvideo@gmail.com
The cut off date for sending in your information will be Friday 1/28/11 at 5pm P.S.T.
Good Luck,
KB
P.S.
My guess is the video should not look like this.

Email ThisBlogThis!Share to TwitterShare to FacebookShare to Pinterest
Labels: there 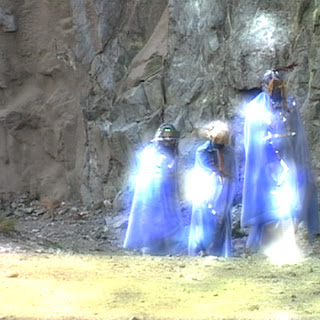 If you would like a download link to review the new Fancy Space People 3 Song EP, FSP press release and FSP photo. Please contact kerry@starryrecords.net
Posted by studiodog at 1:36 PM 2 comments:

TBK Song #8 The Fellowship Is Up For Free Download 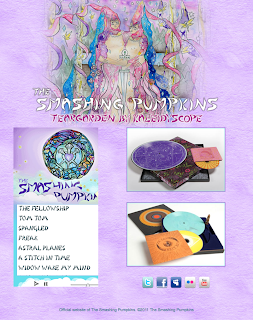 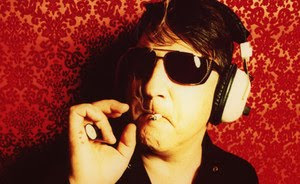 The Verve guitarist Nick McCabe is to appear on the Twilight Singers' first album in five years.

Mark Lanegan, who Dulli regularly plays with in The Gutter Twins, also guests on the record.

The band also tour the UK this March.

To check the availability of The Twilight Singers tickets and get all the latest listings, go to NME.COM/TICKETS now, or call 0871 230 1094. 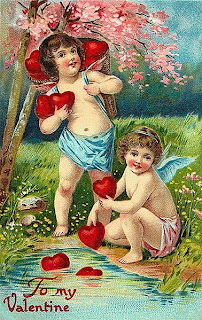 Fluoride, you're bathing in it!

HAPPY 1/1/11 FROM BILLY CORGAN AND FAMILY