The celebration, coined #PEPCITY, will span 10,000 square feet and includes an 80 foot wide by 40 foot high custom-designed dome that will house numerous stages. Events will offer the public complimentary tastes of unique, artisanal fare starring PepsiCo’s most loved and admired food and beverage brands, while incorporating Broadway, art, sports and culture displays into multi-dimensional presentations of classic city experiences.
Events and activities will be open to the public on Wednesday, January 29, Thursday, January 30, and Saturday, February 1, from 2 p.m. to 6:30 p.m.
#PEPCITY will convert to a free, ticketed performance space each evening at 8 p.m. Tickets will be available online in advance of performances, on a first-come, first-serve basis.


Daily Events, Activities and Displays
Food items will be teamed with a series of staged tributes that pay homage to signature New York City elements. Performances will occur on a rotating basis, and include segments dedicated to Broadway, art, sports and culture.
Entrance Experience
The entrance area of the experience will feature two original pieces by acclaimed contemporary American collaborative practice Snarkitecture—the image of a fictionalized New York City skyline, incorporating elements from different locations and historic periods into a unified silhouette, as well as an installation based on the famed Pepsi-Cola sign on the East River.
Food
PepsiCo food and beverage items will receive special treatment at the hands of three famed celebrity chefs—David Burke of Townhouse, Kitchen, Fishtail, and Fromagerie; Marc Forgione of Marc Forgione; and Michael Psilakis of FISHTAG, Kefi, and MP Taverna—all based in either New York or New Jersey.
Each chef will create specialty menu items that incorporate PepsiCo products into unique recipes, reflective of their individual styles. Food will be offered at eight individual stations. Upon entering the space, guests will receive a “Taste of PepsiCo” passport that will enable them to sample and stamp each selection. All food samples will be provided for free.

Broadway
A sampling of the best of Broadway will be on display, with performances fromPippin, Newsies, Motown, Rocky, Mamma Mia!, and Chicago, appearing on stage throughout the day.


Art
Capturing the energy of New York City’s cultural arts scene, playwright Lemon Andersen will perform an excerpt from his critically acclaimed stage memoir. Beginning with a recounting of his win at the Tony Awards, Andersen then takes the audience through a vivid portrait of his coming-of-age experiences growing up in Brooklyn.
As he performs, three artists—Jolt, Valerie Carpender, and Marcela Gutiérrez, will surround him and create real-time visual art pieces.
Sports
The passion and rivalry synonymous with New York sports will be brought to life in a dramatic rap battle between rappers Yonas and Dylan Owen. Radio host L. Boogs of Hot 97 will serve as referee. The musicians will face each other in a battle of rhyme and rap, as they represent their respective Super Bowl teams.
Culture
A model of New York’s ubiquitous living quarter—the diverse apartment building—will have a home inside the experience. A multi-media, multi-sensorial piece titled “Blackout” will be presented in five screens, and provide a look into the private lives of five extraordinary New York apartments and their respective inhabitants.
Created by artists collective Six01 along with Gary Baseman, Greg Lauren, Danny Ezralow and David Charles.
Ziggy Marley will headline and close out the event.

Shot through window frames, five short films play simultaneously providing a look into the private lives of extraordinary New York apartments and their respective inhabitants. The installation depicts New York archetypes: The Businessman, The Fashion Designer, The Artist, The Teenage Girl and The Super.  The style and tone of each film is as unique and diverse as the people in the city it represents. Our installation celebrates New Yorkers as they find connections in small daily encounters. The piece climaxes in a blackout where our main characters find solace in a city without power.

Six01 set out to examine the unseen synergy that exists when 8 million people live in such close proximity to each other. We explore the resilience and beauty of the human spirit in the city we love, New York.  We use windows as observation points into people’s lives, tableaus of the humanity usually hidden behind walls.

“We wrote five, seven-minute films, and had elements from each of the apartments influence the others.  These interactions are sometimes literal, but often surreal. To achieve the look of the widows we shot and edited in portrait orientation knowing we’d present the films on eighty inch flat screens turned on their side.  This allowed us to also narrow the frame and play with what is seen and not seen.”

This is our ode to the working-man. The surreal world of the piece places him as the man behind the curtain, the Wizard of all the buildings.  The Super struggles to watch the Super Bowl while simultaneously tending to his tenants, but work related calls and an attention-starved wife make this seemingly simple task impossible.

Behind the scenes:
Danny Ezralow gave notes over Skype for the last rehearsal as he’s in Russia choreographing the open ceremony for the Winter Olympics.  The Super piece was shot in one continuous 7-minute take. 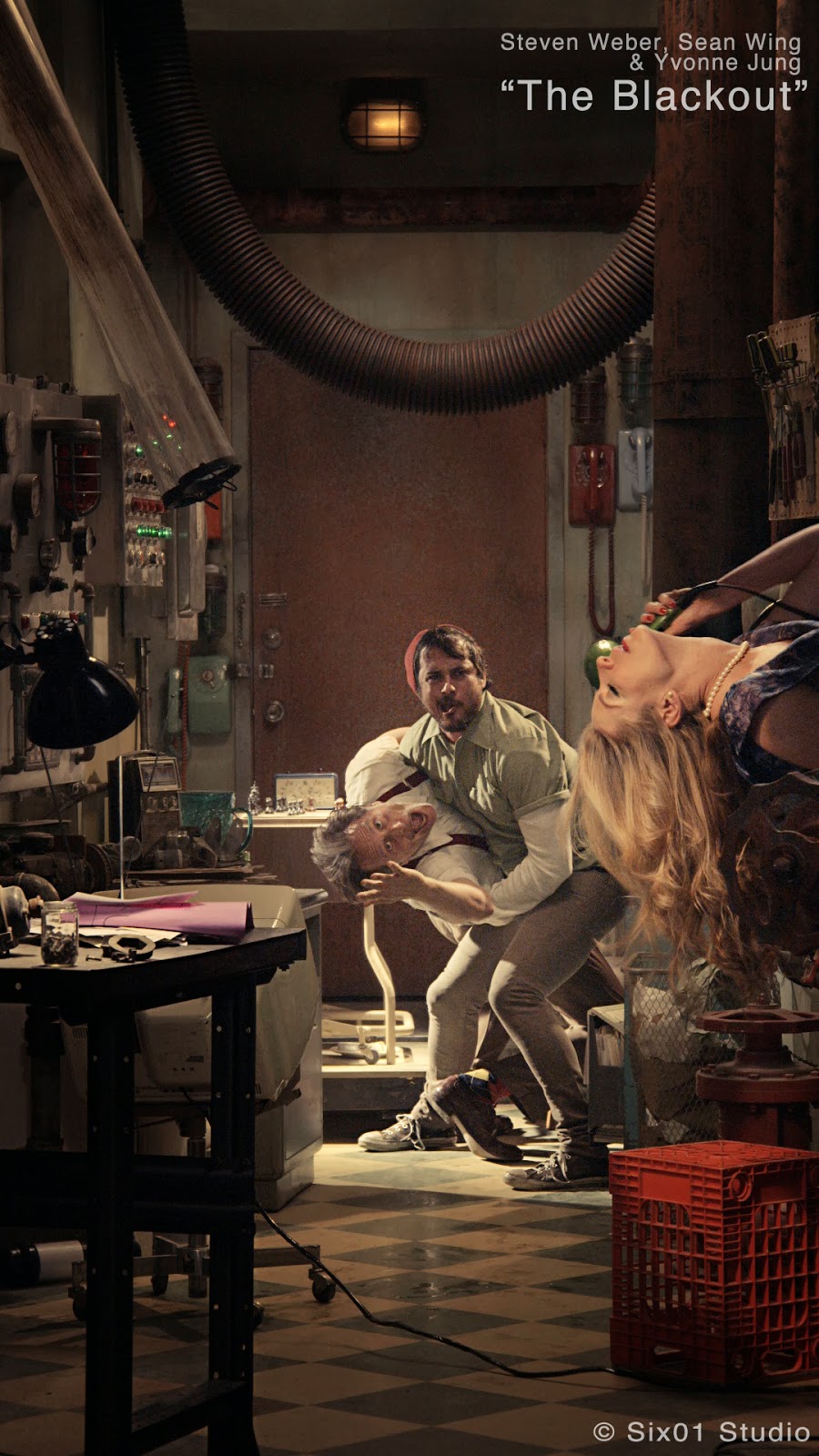 From the mind of acclaimed artist, painter and fashion designer Greg Lauren comes an examination of the iconic images that shape our view of the “perfect” man.  A designer rummages through fabrics and ideas to create her ideal man only to realize he’s been there all along.

Behind the scenes:
Greg and Elizabeth are married in real life!  Greg’s studio was the inspiration for the set and was meticulously re-created for this piece. 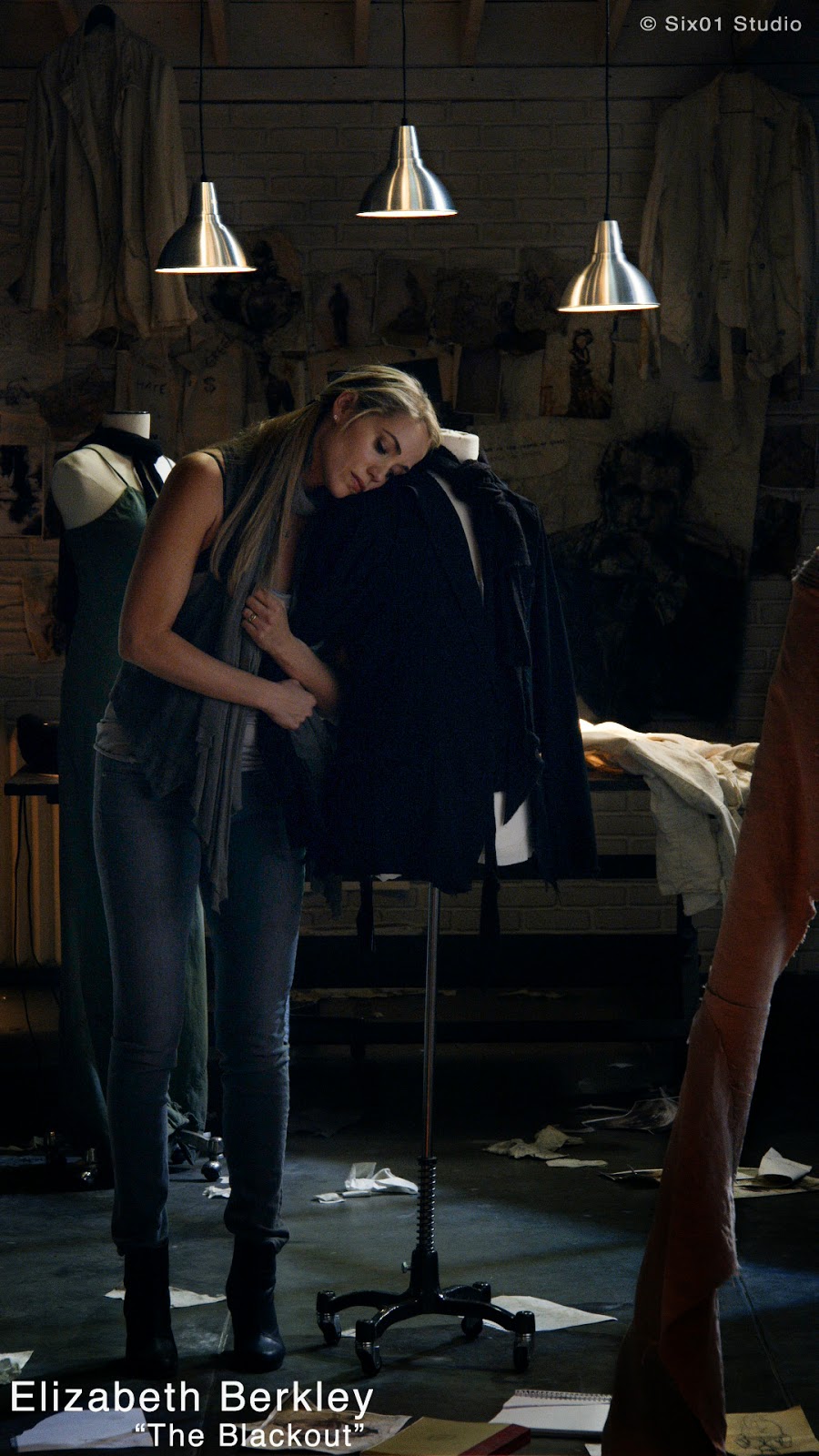 The Artist
Inspired by the Marley Family

An artist struggles through creative block, searching for the ever-elusive muse.  The blackout forces the artist to look within, finding the light when all is dark.

Behind the scenes:
Michael Beach was to play the Artist but while on his way to set, he was called back to Chicago abruptly leaving production in a lurch.  Gary Baseman graciously stepped in at the last minute and stole the show. 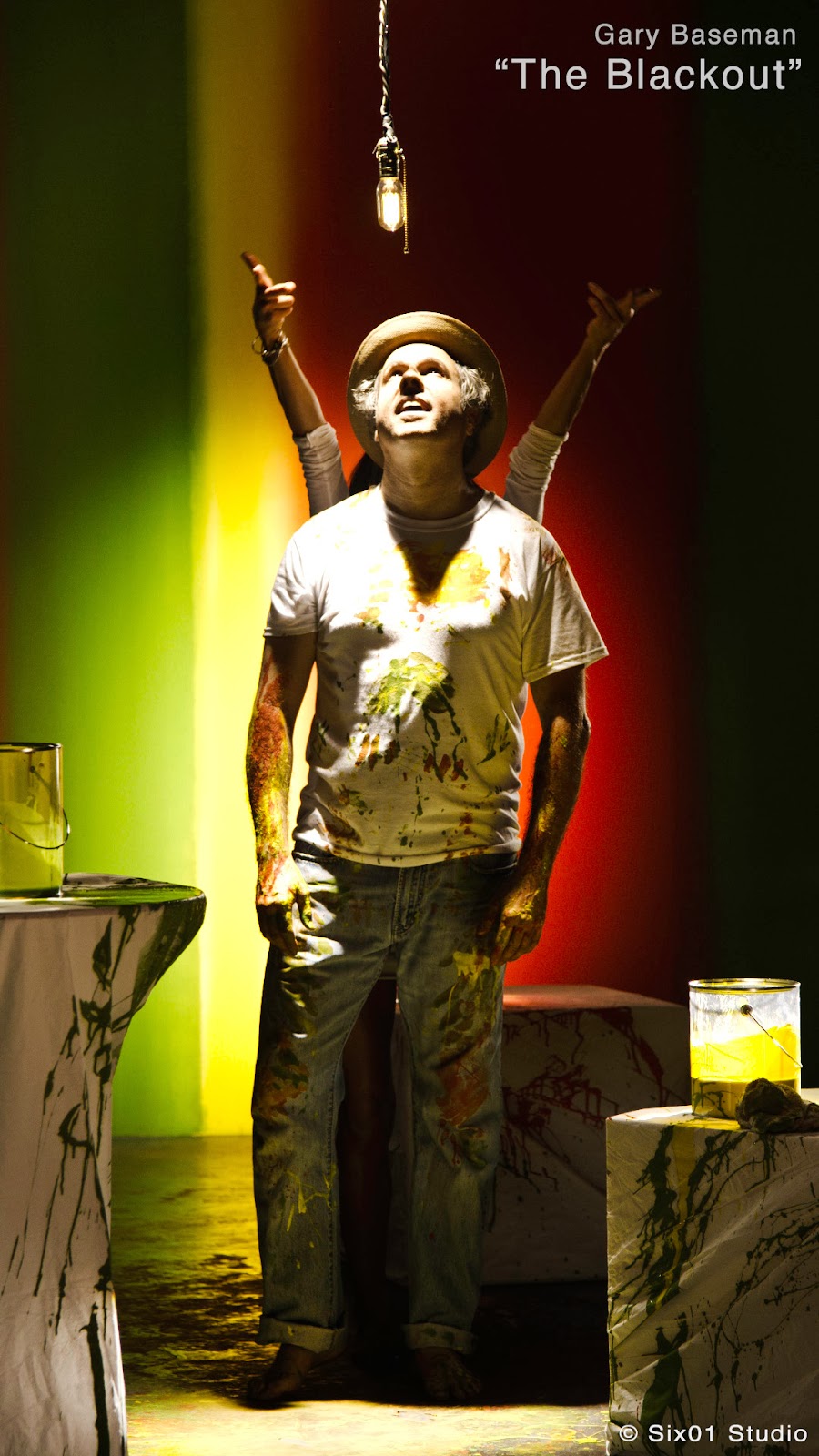 From the one of a kind mind of celebrated artist, Gary Baseman, comes a story of a teenage girl’s imagination run wild. We are transported into a whimsical world with familiar characters from Baseman’s universe, making this story a truly unique art-world experience.

Behind the scenes:
Gary Baseman shaved the hair off his arms to shoot inserts of him drawing in a sketchbook to double the main girl Veronica. 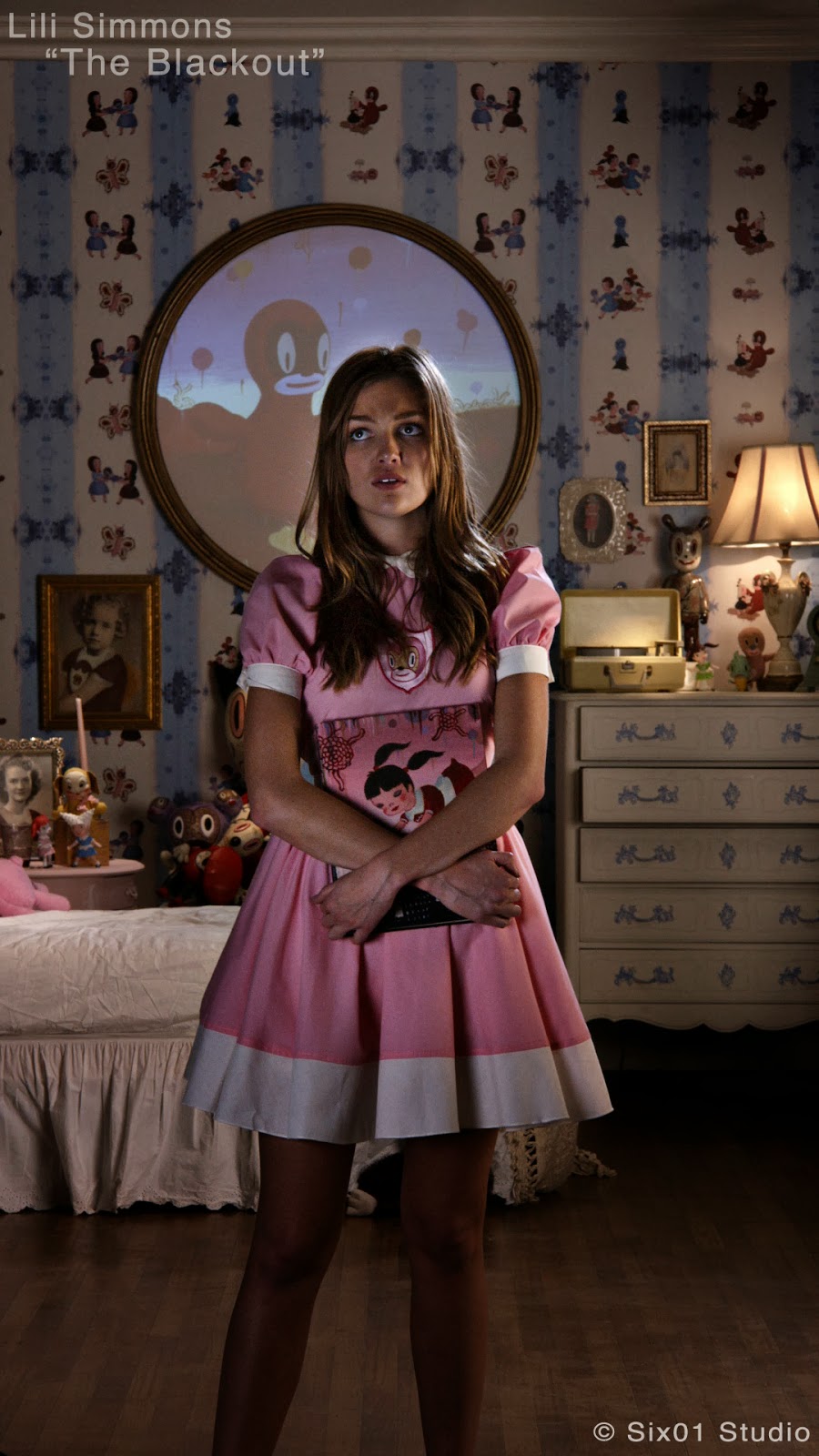 The Business Man
Curated by Six01 Studio
The Business Man is a story about greed and redemption.  It’s a portrait of a man who, despite doing regrettable things, has a change of heart and decides to don the title of Urban Robin Hood.  He makes amends after he realizes it’s not the material things in life that count.
Behind the scenes:
Mark Feuerstein, incredibly recorded a vocal track (to be played while he shot) to keep his actions in-line with the critical apartment wide moments for the other pieces. He got it in one take!  Mark Feuerstein and Greg Lauren are childhood friends, both attending Dalton and Princeton together. 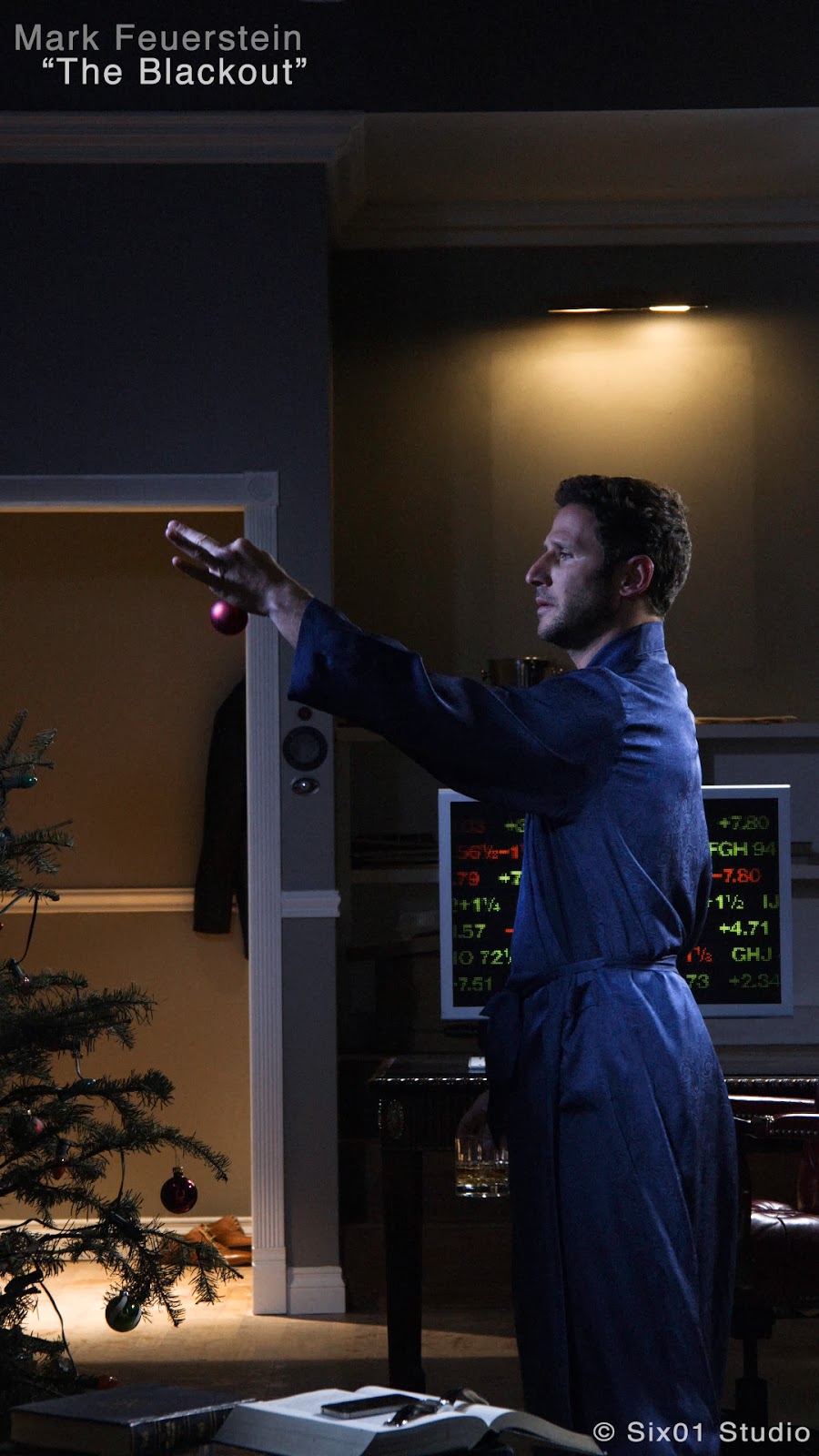 The Films in “The Blackout”

Ticketed Evening Concerts
In the evenings, #PEPCITY will function as a concert venue and host musical performances by popular entertainers, each free with advance ticket registration. Tickets will be distributed through Eventbrite at specified websites for each concert.
Austin Mahone Ticketed Concert Sponsored by Aquafina FlavorSplashSeventeen-year-old American pop star Austin Mahone is the recipient of the 2013 MTV Video Music Awards’ “Artist to Watch.”Wednesday, January 29, 2014, 8 p.m.Tickets to be available on Friday, January 24th at 12 PM EST, via link: PEPCITYJan29.eventbrite.com


Ziggy Marley Ticketed ConcertZiggy Marley will headline and close out the event.Saturday, February 1, 2014, 8 p.m.Tickets to be available on Friday, January 24th at 12 PM EST, via link: PEPCITYFeb1.eventbrite.com


Super Bowl Boulevard
Be sure to stop by Super Bowl Blvd. on Broadway between 34th and 44th Streets, from January 29 through February 1, noon to 11 p.m., and check out some great events, including:
Pepsi ‘Hyped for Halftime’ Experience
Feel like a football player running through the player tunnel and put your fandom on display for a chance to win tickets to next year’s big game in Arizona.
Dates: January 29 - February 1
Time: Noon to 10 p.m.
Location: Broadway between 37th and 38th Streets

Six01 Studio was created in response to a lack of synergy between artists from different disciplines and to remove the roadblocks that hold up the artistic process: namely the gap between a concept and the resources to bring that innovative concept to fruition.

Six01’s focus is to create a networked hub/incubator for creators, thinkers, artists and problem solvers to experiment with both new and traditional forms of expression and content creation.  It’s a place to collaborate with other talent, exchange ideas and let those ideas germinate.  Six01 Studio exists somewhere between the artists garage and the studio system.  It is a studio designed for artists by artists.

The first Six01 Studio was operated out of a re-purposed sweatshop in downtown Los Angeles but as it’s grown, the group recently took over, and is renovating a larger production facility in Burbank California.